RF Marine Consultancy and Survey has evolved from Compass Yacht Services, established in 2005 by Richard Farrington.

Richard has been at sea all his life.  Growing up by the water, he started out in lobster boats from the age of four and started sailing when he was ten. A career afloat was inevitable and he joined the Royal Navy in 1980 as a Seaman Officer.  Armed with a degree from Durham University he went on to serve in minehunters, fishery protection vessels, fast patrol boats, frigates, destroyers, amphibious ships and aircraft carriers around the globe.

Specialising in communications and electronic warfare, he was appointed OBE in 2000 for work in counter narcotics and promoted CBE in 2010 for work in counter-piracy - he was instrumental in setting up the EU's Operation Atalanta, the Internationally Recognised Transit Corridor in the Gulf of Aden, the Shared Awareness and Deconfliction Group in the Gulf, The Maritime Security Centre Horn of Africa, and the Mercury international communications system.

He undertook several Command appointments, ran the Navy's tactical development school, served in the Ministry of Defence in London, Northwood and Portsmouth and his last job in the Navy was the Commander, Devonport Flotilla, with over twenty ships and submarines and 4000 men and women under his command.

The sea has always been a passion and he has owned a boat of some sort since he was a small boy.  An RYA Yachtmaster since his early twenties, he qualified as a Marine Surveyor with the International Institute of Marine Surveyors in 2006 and established his own company conducting yacht surveys across the South Coast.  Well known for attention to detail and a pragmatic approach, he enjoys working with people, getting things done, solving problems, writing and sailing in equal measure.  He is a Member of the Royal Institute of Navigation, an Associate Member of the IIMS and a past Chairman of the Royal Naval Sailing Association.

He left the Royal Navy in 2015 as a Commodore after 36 years service.

Now back in the Solent, RF Marine allows him to continue to serve the maritime sector - whether as a consultant on major projects or at an individual level working with a prospective boat owner. 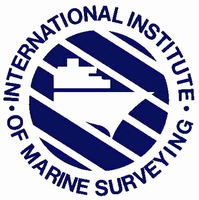